As in, have you come here of your own free will,
and
Have you promised yourself to anyone else. 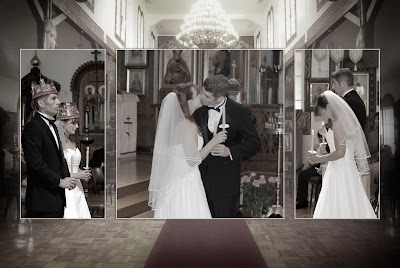 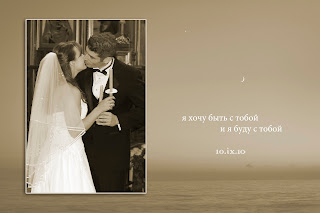 Mr Snork and I would like to make it an annual affair.  Vow renewal same time next year, anyone?

Details to follow.  They're not for the weak and well planning types.

September was the Month of Wedding and Recovery.  October will the Month of Recap.   Had I made June, July and August be the Months of Planning and Preparation, the recovery period might have been shorter.   But that would have been no fun.  No fun at all.

Naturally, as he was mumbling something to this effect at a sale in Pacifica few weeks back, the lady ran back into the house, talking about indeed having an old machine or two.  Her son/cashier, confided in me that it was the 'ugly blue/green from way back', and I probably wouldn't want it, as the Mr groaned.  "If it's ugly, she'll want it even more.  FML"

It turned out to be a Singer 338, complete with a plastic blue carrying case.  It's giant, very heavy, and generally elephant- like.  I stayed behind and petted its beautiful pastel blue enamel paint, lest someone think it's not taken as Mr Snork left to the ATM.   Not having any cash is usually a foolproof way not to buy stuff, but every once in a while, when I start petting inanimate objects, he just turns around and comes back with some money.  It's almost telepathic, and really, really endearing.  I wish I could pay him back in kind, but he just never gets excited about a screwdriver or a saw at a yard sale like that.

Good thing I stayed, too, because two other ladies were hawk eyeing my new baby like crazy, and one asked if she could pet it also.  True story. 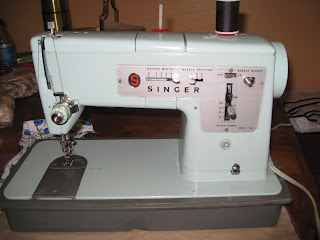 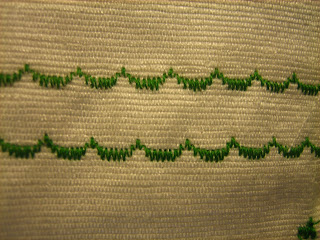 It's my very first "portable" machine, and I promptly unfolded it all at my dad's house, and imagined myself a travelling seamstress.  I mean.  It might be a little over a flight baggage allowance on most airlines, but it's such a pretty blue color..

It fired right up, the light and everything, and went to stitching like new.  All very, very pleasing. 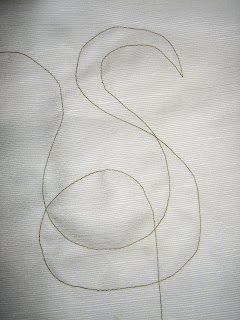 And, to crown the last yard sale of the day, while the Mr was off banking, there were these sterling earings in an old sewing box.  First I hunted down a matching pair..  and then I added them to the tab.  Total at check out: $8.25.  Win. 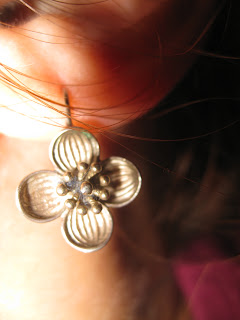