The weekend is coming up, and my weekends have been full of awesomeness, that I'm completely behind on capturing.  My best friend came out to visit (for the second time ever) from Chicago, on March 17th.  (THAT is how far behind I am on awesomeness).

I think this about captures it all: 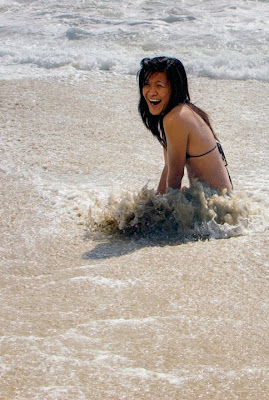 Laguna Beach.  Sun.  Taking a Friday off.  My best friend of, like, 15 years, ever since I asked her if I could copy her math homework in high school.
She has an awesome camera, that I now want.  DS..something.  Nikon.  Last week I wanted Droid, but I'm over it.  I totally want a cool camera again.  (You know, the one that has potential for really awesome pictures, if you know how to use it, which I won't, but I want it anyway).  So we took pictures.  Frolicked in the water.  Did it again Saturday.
I forgot to take a picture of our totally awesome matching tatoos.  H + J, forever, with a Cricky and Igget.  She's Cricky.  I'm Igget.  One is an iguana (an obsession of mine) and the other is a cricket (an obsession of her, if you will..) 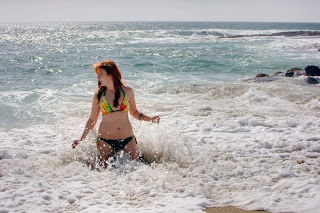 I wanted an iguana, so bad, my whole life.  And, once, in Petsmart, they had them, just beautiful, with these little tiny green claws, and perfect little pointy nails, and beady little eyes and snouts.  I was in love.

My mom wasn't having any of it, none at all, so I was on the phone, just crying my eyes out about unfairness of life, when Heidi promised that she would get me an iguana, for my 20th birthday.  (Which seemed like AGES away).  20 years came along, and we were rooming together at college, and didn't really have enough money to feed ourselves, let alone lizards, so, the pact was amended - I was really looking fwd to this, after all - 25th birthday.  This is like, 11-12 years of patient waiting.

On my 25th birthday, I get a call..  Did I know iguana's grow to be, like a junior dinosaur size?  No, sure didn't..
Did I know they tend to me mean for life?  Kinda.  I heard this, but figured mine would be different, even though a friend had one that bit him all the time.
Not so much said the shop guy.  I guess, they get so many iguanas back, that he was reluctant to sell them, to anyone but the most avid lizard afficionados.  Which, I am.  But, I consider my specialty the little 10cm lizards.  Anything over this size, I start to doubt my abilities.  And the idea of watching TV next to a 100 lb lizard cooled me off significantly.  So, may be when I'm 35.  I'm hoping a friendly iguana strain is bred in time for my birthday. 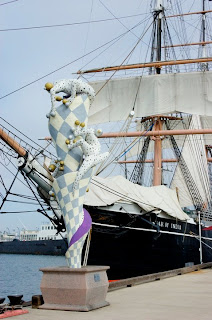 She took my car and went to San Diego, and took pictures of things I haven't even seen, having lived in SoCal for 5 years now.  Oops.  Like the lizard sculpture above. 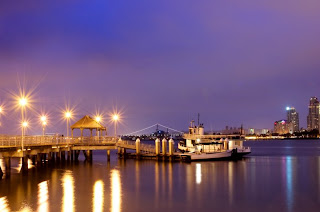 I wish my camera took pictures like this.  Sigh.
But, mostly, we did a lot of beach strolling, in Laguna.  Jesse and I 'found' this little beach when we were reception beach house hunting.  We almost decided on this cliff house: 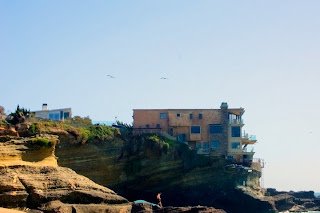 It was pretty cool.  And, cheaper than a state beach affair.  It's perched on this cool rock, and below it is the 'secret' little beach. Well, we thought it was secret, cause it looked that way in February.  But, come March adn the sun, turns out a lot of people found their way to it, as well. 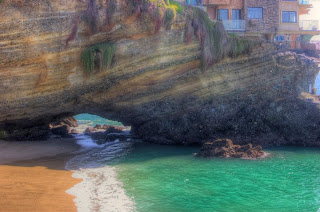 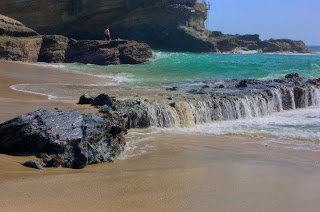 The water at this beach was super rough. 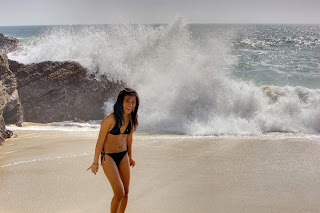 And, despite my best college efforts, Heidi, apparently STILL can't swim.  I really, can't imagine.  I tried so hard.  I mean.  She grew up in Philippines.  It's, like, all island-y.   Way to not plan for apocalypse.  So, she's not actually happy in any of the photos I took, but I'm not picky about the subject's moods.  Color photoshop work is all her. 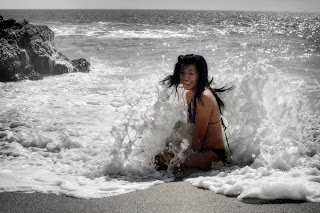 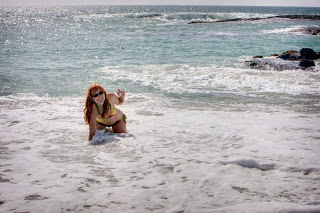 I don't look nearly as playboy bunny-ish as I'd hoped.  I also had to keep my bandaged, blender-accident-mutilated middle finger up and above the water, so that was part of the problem.   I really hope she has a better one in the batch that she's saving and framing for a surprise birthday gift.  Meanwhile, more lizards, or close up of the above lizards, in case you didn't consider them enough: 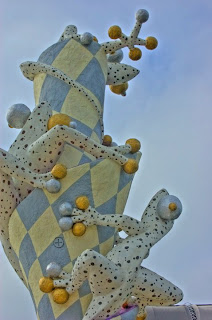 I miss her..  Stupid Chicago.  Sigh.  She named the Spring Break photo album on Facebook "Life's Repair".  I hope she got well rested and recharged before going back to the cold, the ick, and the med school madness. 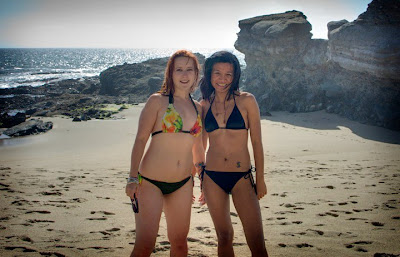